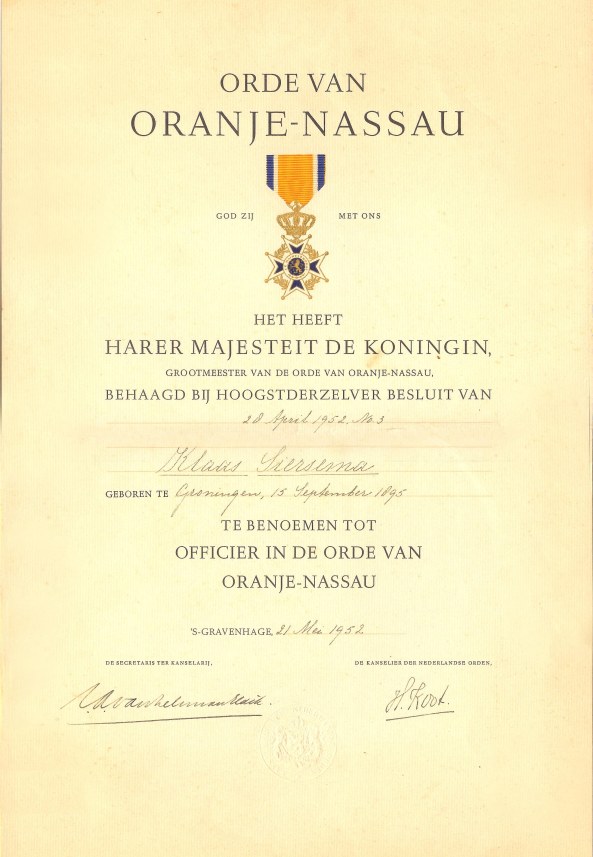 My great-grandfather, Klaas Siersema, was a career military man, and the official document above appointed him as an Officer of  the Order of Orange-Nassau, which honors selective individuals for their contributions to society through either civilian or military efforts.

I know he served in WWII and had achieved the rank of colonel before retiring. My step-grandmother tells me he also worked a lot with soldiers who suffered from disorders resembling what we now call post-traumatic stress disorder.