Student identification for Johan Siersema for a university in Amsterdam, dated 1947-1948. 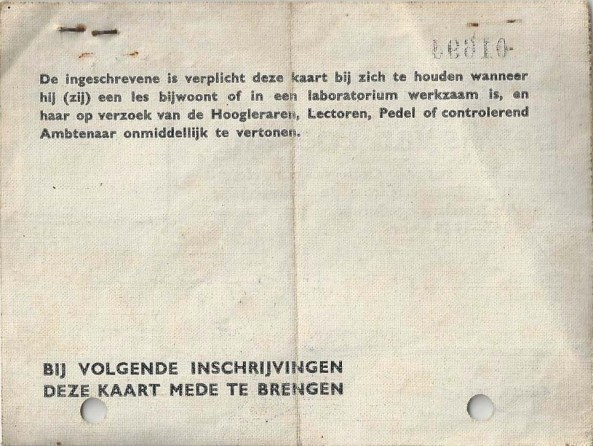 Student identification for Johan Siersema for a university in Amsterdam, dated 1947-1948.

These are scans of the student ID my grandfather Johan Siersema was issued while attending the University of Amsterdam following WWII. By that time, he had fought in the Dutch resistance, been a POW twice over, and lived through a difficult period of starvation during which he lost some family members. The new Dutch army wanted him to stay on, but he decided to go to school instead.

Now, by “go to school,” I don’t mean that he went to classes. He was incredibly intelligent, with a 139 IQ, so he simply read the books, showed up to take the tests and then graduated with a degree in a economics — in two years instead of the usual four.

I’ll write more about him in his bio, but I’m still collecting information on that!